On Doctor Who and the very brilliant Peter Capaldi...

'I know that one of the wonderful things about Doctor Who is that I believe that somebody somewhere will love me. For somebody somewhere I’ll be someone’s Doctor even if everybody else hates me. Someone will think I’m just the bees knees.'
~ Peter Capaldi 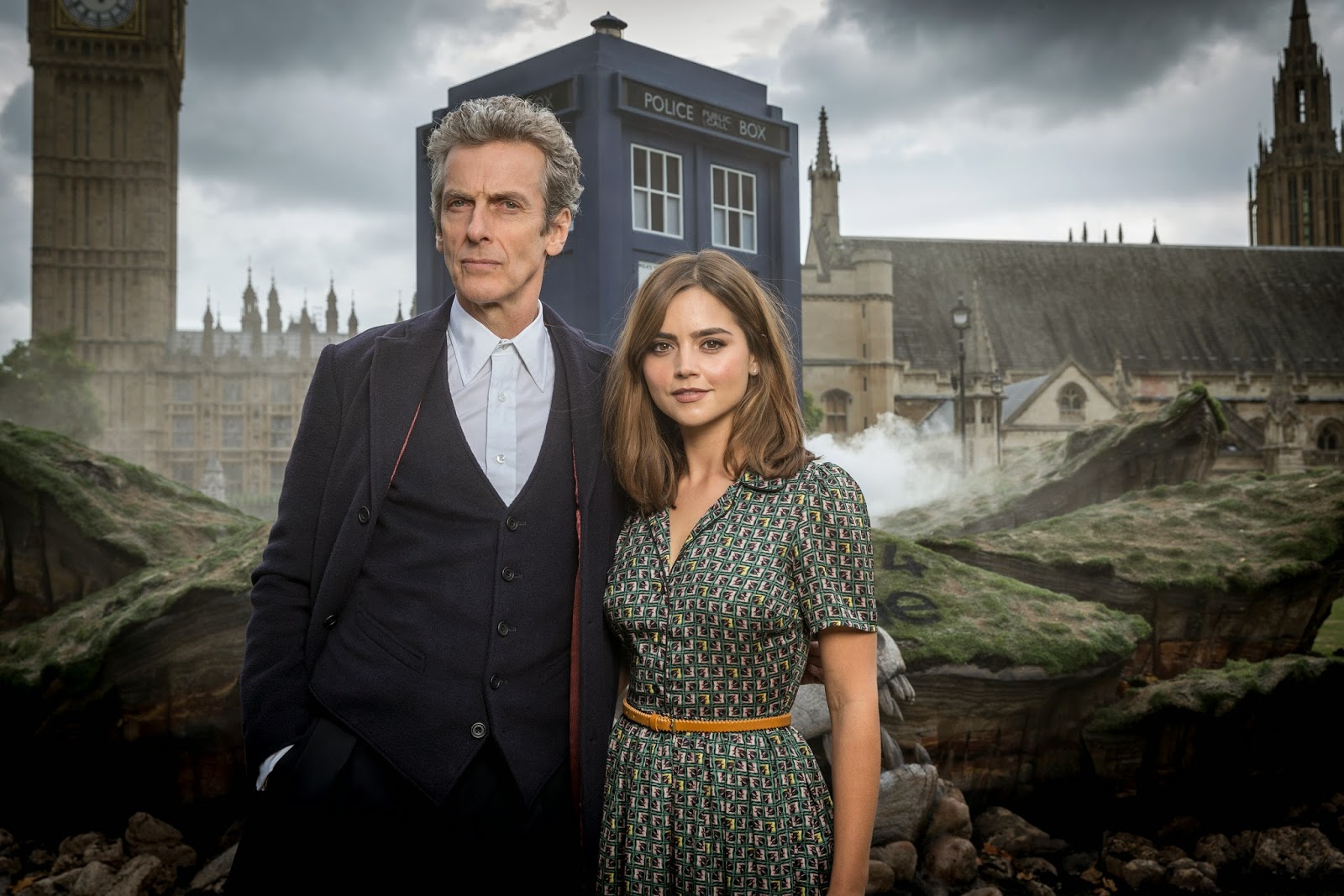 (Photo of Capaldi and Coleman found here.
Click on image for larger view.)

This is one of the many many things I love about Doctor Who.... its ability to re-invent itself, without losing its essential qualities.
And there's a Doctor for everyone:
If you didn’t warm to the slower-paced adventures of William Hartnell’s tailcoated gentlemanly Time Lord, then you can whizz across time and space with Tom Baker, with his whirling impossible scarf and luminescent beam…. Or try Christopher’s Eccleston’s no-nonsense, leather-jacketed, stalwart Northern Doctor…. Like your heroes a bit younger? Then how about Matt Smith’s raggedy/tweedy Doctor, with his youthful demeanor, floppy hair and old, wise eyes? (and this one comes complete with his very own fez and bow tie.)

And that’s to name but a few.
And now we have the Doctor brilliantly re-invented once more with the distinctly eccentric, fiery, creased-faced and hawk-eyed Peter Capaldi – who is just beginning to explore where his Doctor will go, and proving without a shadow of a doubt that Old really IS Cool.
And yet they’re still all, ultimately The Doctor – as kind, wise and crazy as always.

As the faithful Brigadier sums it up so well:
‘Splendid fellows. All of you.’ 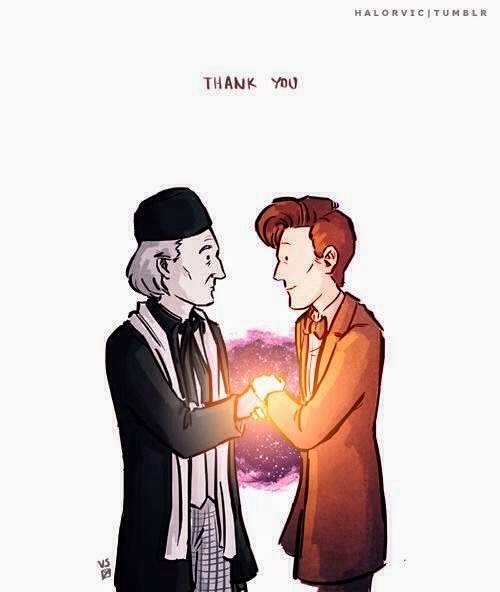 (From a beautiful gallery of Whovian fanart over at halorvic's Tumblr....)

Posted by Cate Simmons at 04:36 No comments:

The scent of Dead Writers and of fragile aged books... 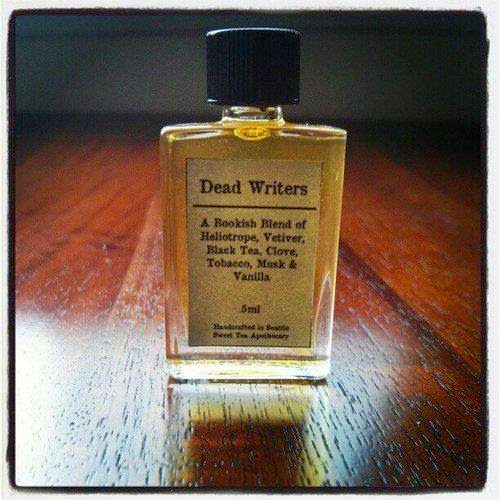 I want an entire supply of this to sell at our bookshop. Rows of little golden bottles full of exotic, evocative scent.


And they'd be shelved next to some of our older, distinguished-yet-ragged and yellowed-paged, well-thumbed second-hand volumes...


Then the essence of Dead Writers could intermingle with the fragrance of elderly dusty paper, fragile aged narratives and speckled gilt-edged dreams.

(I should add that I found this little gem of a picture over at Jonathan Carroll's excellent Facebook page, which is a veritable treasure trove of fascinating things..... and although I'm not sure where he found the photograph, I suspect this remarkable-sounding scent can be found here....)
Posted by Cate Simmons at 02:16 No comments:

The girl who was also a fox... 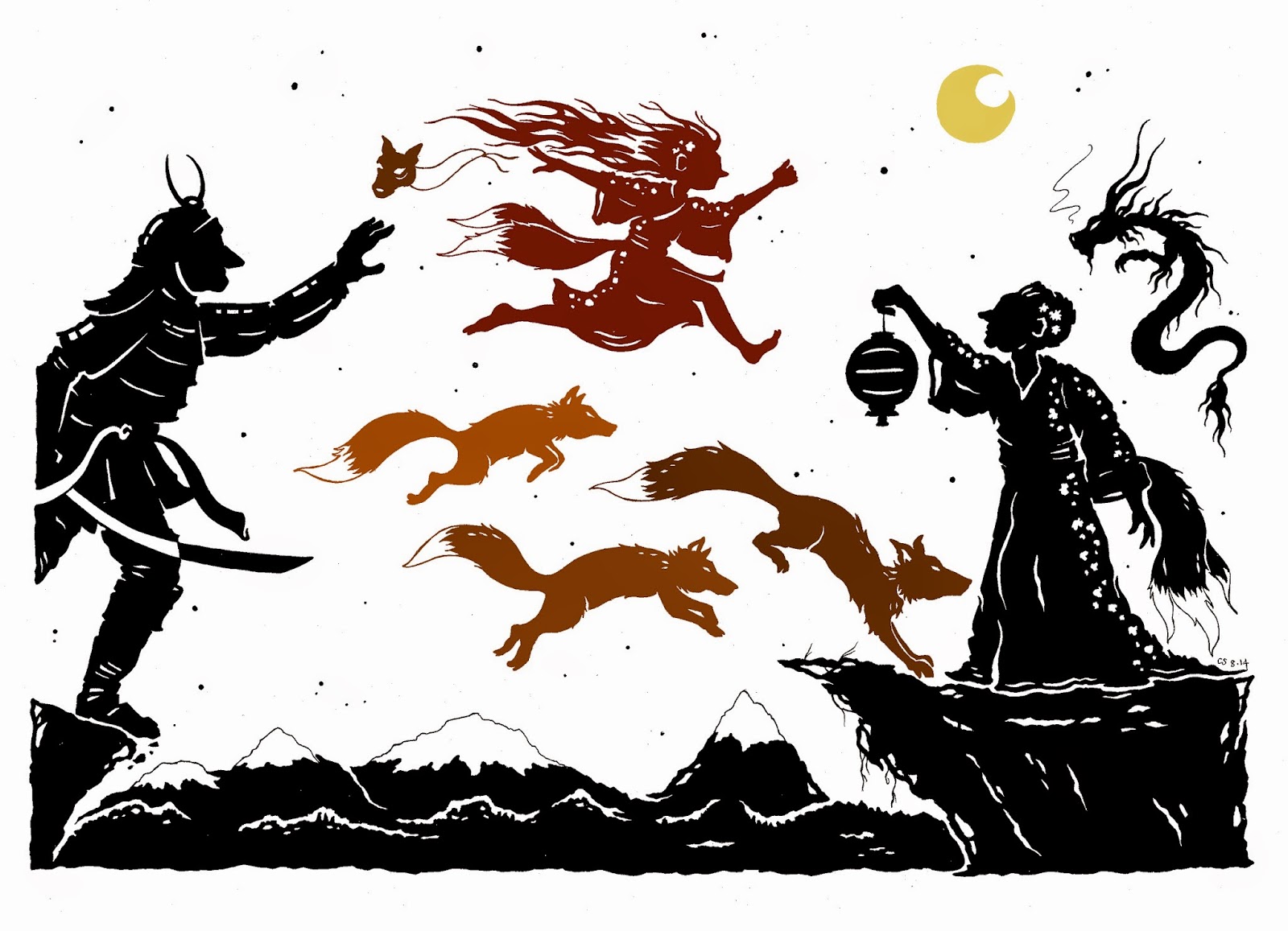 Akane ran.
Bare feet pounding, the sound of fox paws drumming the earth by her side, dirt and dust and scree flying up at their ankles. She heard the steady thud and rush of her pulse in her ears -  and the heavy beat of the samurai's pummelling feet behind them - as they ran full-pelt towards the cliff edge.

Her grandmother held aloft a golden lantern - steadfast and bold and clear in the dark night - a beacon to guide her home. Grandmother Yuzuke's many tails curled and bowed softly as she craned her neck, her sharp eyes watching for her granddaughter's approach. Miyu coiled and slid elegantly through the air beside her, sighing out a long lazy plume of smoke.

The edge.
One, two, and three - the foxes leapt effortlessly into the air in one fluid bound, and across to the waiting precipice where her Grandmother stood.

Akane did not pause - compelled now not by fear but by the exhilarating thunderous call of freedom - so close now, just one more leap, just one last effort.

She hurled herself into the yawning chasm, and for a fraction of a second, felt herself to be suspended, held aloft in the heavens like a star.

I owe an enormous thanks to Neil Gaiman and to Of Monsters and Men - and WeWereMonkeys - whose beautiful graphic novel Sandman: The Dream Hunters and stunning video for King and Lionheart  - very much inspired this.

Neil got me pondering fox spirits, which have long since fascinated me - and I discovered all sorts of interesting things that I didn't know before..... for instance, the fact that they are often known to have up to nine tails...and the greater the number of tails, the older, wiser and more powerful the creature...which is why my Grandmother Yuzuki has multiple tails... :)

And the race of Lionheart - a blaze of red hope, running against all the odds through an unforgiving and treacherous landscape, guards baying at her heels - running towards her beloved brother - has been haunting me for months.

And, as with King and Lionheart, I like stories that leave their endings open to possibility....